Thank you for signing the petitions. There are multiple petitions for actions all over the world which enable you to support the fight against tree massacre and the burning of biomass and send politicians and city or province council members a clear message. 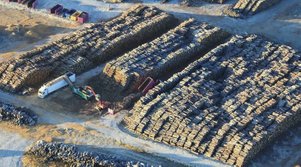 The EU is currently deciding on the expansion of renewable energy until 2030, with wood slated as the main biofuel. With Europe’s forests in a sad state, we need to stop even more trees from going up in smoke in the name of “green” power. Please sign our petition and speak out against the EU’s misguided biofuels policy!

Imagine a gigantic cube of logs measuring nearly 760 meters (almost half a mile) on each side. That’s how much wood the European Union (EU) burns every every year to generate heat and electricity. Europe wants to promote renewable energy in order to protect the climate and give the economy a boost. But while the media focus on wind, hydropower and solar energy, two thirds of Europe's renewable energy is in fact generated using biomass. Almost 440 million cubic meters of wood and wood waste are used annually as fuel, making up the bulk of the EU’s renewable energy. 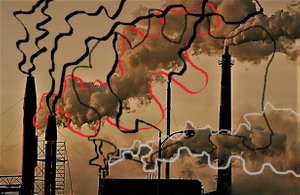 In the Netherlands and abroad, millions of trees are harvested and burned in biomass plants every year with government subsidies to generate so-called sustainable energy. However, biomass is not CO2 neutral and its combustion produces more particulate matter emissions than gas and coal combined. We conclude that the claimed sustainability of biomass power stations is increasingly under discussion. This is because the emission of particulate matter and other very harmful substances is dangerous for our health, air quality and the climate.

RIVM, Milieudefensie, Longfonds and many scientists therefore warn about the consequences of biomass plants such as more people and animals with diseases such as asthma, COPD and other cardiovascular diseases.  and requests that the subsidy for biomass (also known as SDE +) is stopped immediately because of the very harmful consequences for humans, animals and nature due to the polluting and worrying emissions and the devastating effects of this on air quality, ecology and biodiversity 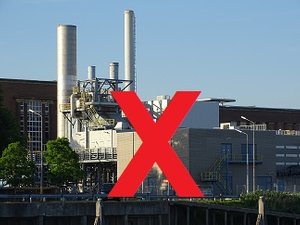 Dutch Petition Against the Veolia Biomass Plant in Arnhem

Sign the petition to close the biomass installation in Arnhem. Without any consultation with local residents, the Province of Gelderland has given a permit for the construction of a biomass power plant on Kleefse Waard in Arnhem.  With a grant of 76 million euros a biomass installation is being built that will gather wood in a 100 km perimeter around the plant. This puts our trees at great risk of being poached for fuel.

The emissions of burning biomass have been found to be toxic and harmful according to the RIVM study. Residents run the risk of emitting harmful substances and can expect odor nuisance. The license application for the Arnhem power plant appears to have been issued on several points based on incorrect or outdated data. We therefore believe that the biomass installation should not be allowed to open. We already recieved thousands of signatures to close the biomass plant in Arnhem but we really need yours too. 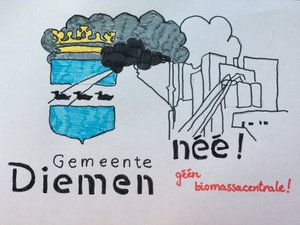 Dutch Petition Against the Vattenfall Biomass Plant in Diemen

Sign the petition to close the largest biomass plant in the Netherlands. The facts:
- Particulate matter is released and is very dangerous for our health.

- Very worrying for the environment & people

The air quality is something that we are concerned about and that the health risks, with the proposed construction of the biomass power plant in Diemen, are further increasing and requests not to give the declaration of no objections on the permits to open the plant. 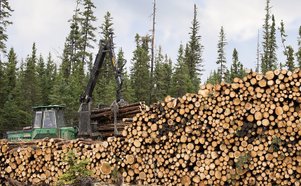 US Petition to End the Logging of Massachusetts Forests

We call for an immediate moratorium on logging on all Massachusetts state-owned lands, including woodlands, parklands, reserves, and watersheds managed by the Massachusetts Department of Conservation and Recreation, and wildlife management areas managed by the Massachusetts Division of Fisheries and Wildlife, excluding the cutting of trees proven to be necessary to protect public safety. This exception does not include the cutting of trees to prevent or control disease, insect infestations, invasive species, fires, or other natural disturbances, which has not been proven to protect public safety.

Due to restrictions in the petition form only US citizens are allowed to sign. 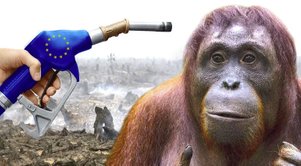 The EU wants to save our climate with supposedly green biofuels and has deemed palm oil "sustainable". Yet on the other side of the globe, rainforests are being clear-cut to produce the 1.9 million tons of palm oil that end up in European fuel tanks every year. The plantations needed to satisfy Europes's demand for palm oil cover an area of 700,000 hectares – land that until recently was still rainforest and the habitat of 5,000 endangered orangutans.Despite the clear-cutting, the EU has classified palm oil as sustainably produced. This policy has now blown up in the legislators’ faces, with scientists confirming what environmentalists and development experts have long asserted: biofuels help neither people nor the environment – and they are most certainly not climate-neutral, as even studies commissioned by the EU show. Biodiesel from palm and soybean oil, but also from European-grown rapeseed, has a larger carbon footprint than diesel from fossil sources. Tell EU legislators to put an end to this tragically misguided policy! 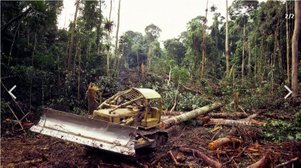 Time’s almost up. Tell the EU to act on deforestation now!

Forests are essential for life. They provide a livelihood to one in six people, a home for 80 per cent of the world’s terrestrial biodiversity and they are crucial for our climate. As you know, tropical dry forests and rainforests, forest peoples as well as wildlife are in danger because of the production, consumption and trade of everyday ingredients such as soya, beef, palm oil and cocoa, which trigger large scale deforestation, pollution, land grabs and human rights abuses. Although the EU has committed to halt and reverse deforestation and forest degradation by 2020, it has never taken any steps to stop the terrible impacts that result from its consumption of these goods. A study published in March 2018 by the Commission proposed options to tackle deforestation. But so far, the Commission has not committed to an action plan, despite the fact that EU Member States including Germany, France, the United Kingdom, the Netherlands, and Denmark, Members of the European Parliament, progressive companies and NGOs have all called on the Commission to act. There are only 20 months left for the EU to uphold its international commitment on deforestation. The European Commission must therefore urgently propose binding legislation so that their full effect will be felt by 2020. 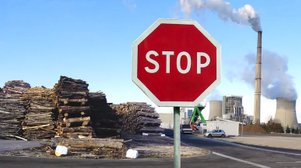 The energy giant Uniper (formerly E.On) wants to commission an industrial monster in Provence: the Gardanne biomass plant will annually devour nearly a million tonnes of wood from forests in France and around the world. Let's mobilize against this ecological aberration highly subsidized by the French State. The experimental center of Gardanne en Provence is the largest biomass plant in France. It will burn 1 million m3 of wood per year, 50 times the height of the Arc de Triomphe in Paris to produce electricity, without heat recovery. His performance is catastrophic! 37% announced by Uniper (ex E.On): nearly 7 out of 10 trees will go up in smoke!

SEND AN EMAIL TO END THE BURNING OF BIOMASS

Send an e-mail to the politicians in the Netherlands. They will decide in the coming month how to procede with the opening of new biomass plants.

SUPPORT OUR LEGAL ACTION TO END THE BURNING OF BIOMASS

Support our legal actions to fight permits for biomass installations and politicians who are willingly destroying lives & our earth in favor of billion dollar companies.

EDSP ECO creates an environment to support organizations globally that are responsible for actions to protect the planet, end poverty or grow prosperity. Support us on Patreon.