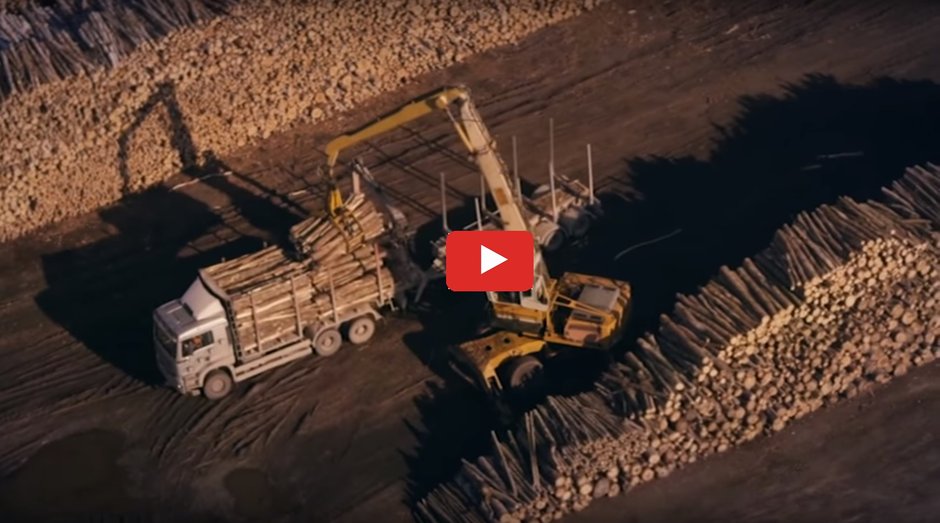 Trees loom large in North Carolina lore. “Here’s to the land of the long leaf pine,” begins the state toast, a tribute to the vast savannas that once covered the eastern coastal plain.

But since British colonial ships were first bound with tar, North Carolina forests have been as much a source of commerce as of custom. Now, the state is set to become the world’s largest single source of wood pellets, capsules of dried wood that have become a controversial substitute for coal in power plants in Europe and Asia.

As scientists say more natural, diverse woodlands are needed to suck carbon out of the atmosphere, North Carolina climate advocates have been pleading with state officials to rein in the industrial biomass industry. Across the Atlantic, the country of Estonia offers a cautionary tale for what could happen if they don’t.

Home to the world’s second largest pellet company, the small Baltic nation is converting many of its own storied forests from natural stands to tree farms. Activists say sacred groves and tourist attractions are suffering as a result, and government officials predict the timber plantations will store dramatically less carbon — with costly consequences for the country’s climate targets.

The pellet trade has also become a key part of the forests products industry. Under an international accounting framework, wood pellet emissions are tracked in the land use sector (where trees and plants soak up and store carbon) rather than in the energy sector (where burning fossil fuels emit carbon.) Countries that burn wood pellets for electricity count their emissions as zero and heavily subsidize the fuel. While European countries that supply pellets are supposed to count emissions in their land use sector, the requirements have been lax. (In the United States, they’re nonexistent.)

As a result, this country of 1.3 million has rapidly become a top producer of pellets on the continent. Headquartered in the capital of Tallinn, Graanul Invest has the market cornered. With four mills in Estonia, another seven in Latvia and Lithuania, and one recently acquired in Texas, the company is now second only to U.S.-based Enviva in pellet production. Graanul’s CEO and majority owner, Raul Kirjanen, is one of the country’s wealthiest.

“The main driver of the pellet industry in Estonia is the renewable energy subsidies by the European Union,” said Asko Lõhmus, lead research fellow of conservation biology at the University of Tartu. “They are making the richest people in Estonia out of European taxpayers’ money.”

Turning ancient forests into wood pellets is putting the country’s tourism and climate commitments at risk.

Estonia is beginning to see the cost of wood pellets. Is North Carolina next?  Click here to read the whole story...